The UK’s now-infamous referendum vote to exit the European Union on Thursday – being dubbed “Brexit” – will probably reverberate throughout the financial system for a while, much like events in Greece seemed to never go away. One could pontificate, prognosticate and predict this thing to death, but I won’t. I’ve just created a handy chart, so feel free to refer to it when feeling anxious about all things Brexit: 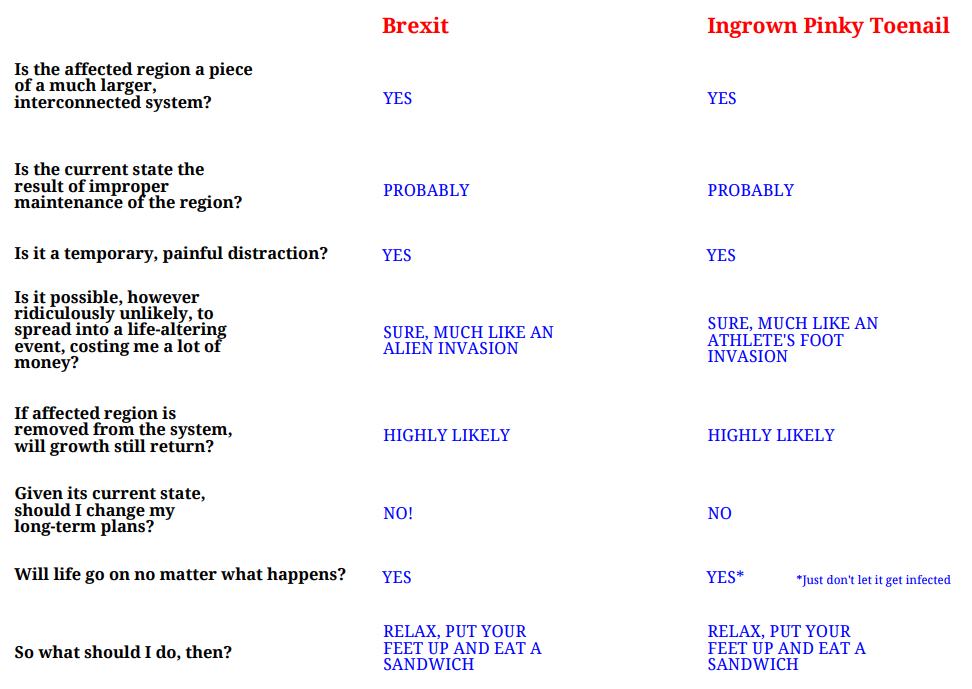 All comedy aside, could the UK’s exit from the European Union spread into a contagion-like event, creating a much bigger issue like EU existentialism? Sure, it’s certainly possible. Even if that happened it’s important to look back and consider the resilience of markets in the face of world wars, economic depression, terror attacks, among plenty of other Big Scary Things. A long-term approach to investing allows us to ignore the day-to-day, and even year-to-year, bumps – it’s one of the only advantages the individual investor is able to exploit, so let’s not waste it!