Markets have shown some volatility lately. Possible culprits are Ebola, Hong Kong protests, ISIS, problems in Europe and the lists goes on (as it always does).  The important thing to remember is that fluctuation is to be expected, but we mostly just don’t remember what it’s like. If it feels like your portfolio has been obliterated then it’s quite likely you have been spoiled by five years of gains and just need a bit of perspective. No one is free of emotional bias – small losses today feel much bigger than they really are, but that’s completely normal at this point.

This first chart might sum up how you’re feeling lately. Nothing is going right. The line just goes lower and lower. Losses are really piling up. Every day feels worse than the next and it seems like something needs to be done to stop the bleeding. Is Congress going to act soon? 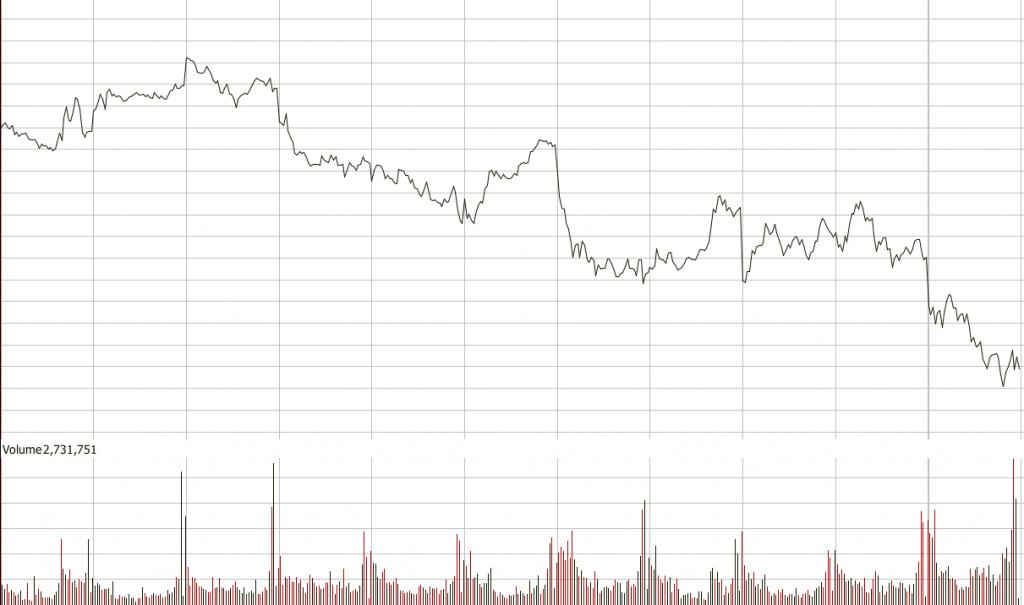 If this unlabeled box of a chart above is solely determining your emotional compass towards your portfolio, you might be feeling a bit like Ron Burgundy: 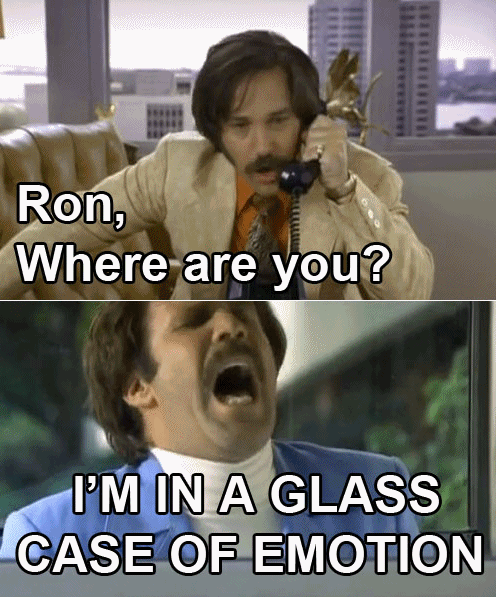 Next, we zoom out a bit to reveal not only the time period of the same chart from above (just ten days) but also the y-axis (percent gain/loss). This is pretty telling because the market is down less than three percent in this ten day time period. Not exactly a violent bear market.

In the next chart we zoom out even further, to six months:

A technical analyst would say there is nothing alarming about this chart. Two “higher highs” and we have yet to attempt a “lower low.”

Let’s zoom out even further to five years out, to the early stages of this bull market in equities:

Moving even further out, to 20 years, shows that this “selloff” hardly even registers on the map:

Sometimes, as investors, we need to take a step back and view current events with some perspective. Putting too much emphasis on recency can stir up unwarranted emotions, or worse – acting on them. So if you’re feeling uneasy about recent fluctuations, just zoom out and welcome the fact that some downside is a normal part of a functioning market.

The next bear market is always a day closer but it, too, is an expected phenomenon. No matter the length of a selloff, if we have healthy expectations and grounded emotions then we can be assured of avoiding a costly mistake.