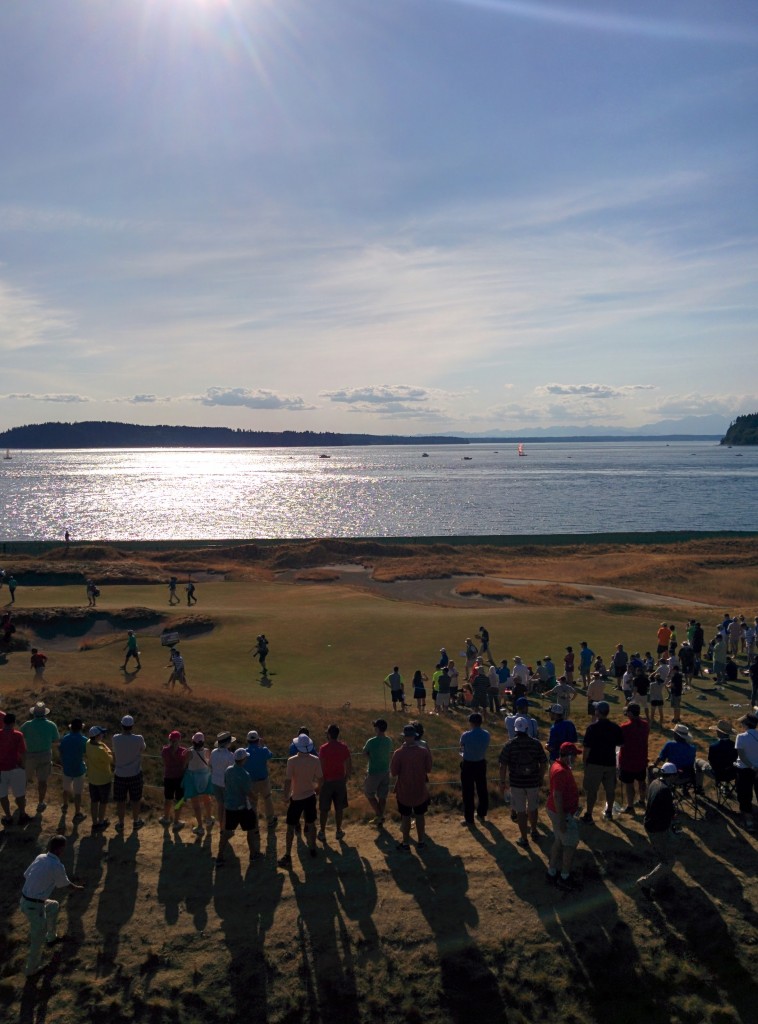 I’m a huge fan of golf. It’s about the only stereotypical “financial professional” trait I have. I don’t sport a suit, I’ve never earned a commission and, hell, I don’t even have an office – but I do love me some golf.

Last weekend, the USGA brought our nation’s championship, the US Open, to the Pacific Northwest at Chambers Bay in Pierce County. This is like having your town host the Super Bowl so naturally I had to be there for at least one day. I was in full-on, giddy golf nerd mode. (Pictures at the bottom of this post!)

The big story out of the weekend was not so much about how the winner (Jordan Spieth!) played, but how the runner-up, Dustin Johnson, lost.

Johnson has a well-publicized problem with closing out tournaments. He’s got one of the most powerful swings in the game and always seems to be at the top of the leaderboard in every tournament he plays, but the guy just can’t close. This weekend was no different, except for the absolute brutal sequence of events.

He needed to make a twelve foot putt to win, or he could sink it in two putts to force a playoff. Even so, he three-putted, missing a three footer on his second putt. The color drained from his face and you couldn’t help but feel bad for the guy. Jordan Spieth was practically speechless, no doubt because he felt so bad for Dustin. Three-putting from twelve feet is something you’d expect to see a pro do once a year at very most –  but Dustin did it to lose the US Open.

The US Open is the tournament you dream about winning as a kid. Dustin played 71 holes of excellent golf, not to mention a lifetime of preparation, only to let it slip away on the 72nd hole at Chambers. Demoralizing is an understatement.

So where’s the financial parallel?

You’re going to have a Dustin Johnson Moment in your portfolio. I can’t say when, but it’s coming. Tomorrow is one day closer to the next bear market and there’s a very good chance you’ll have a moment where you, too, feel demoralized.

There’s going to be a day, or a week, month or year, where it all just goes wrong. A good many folks had a “DJ Moment” in 2008 – financial markets were crashing and investors were similarly dejected after seeing their portfolios take haircuts of 50% or more. DJ Moment symptoms include loss of appetite, sleep disruption, nausea and/or extreme anger.

Many investors took to liquidating their portfolios in response to their financial DJ Moment – an action nearly all surely regret.

Missed 3-footer at the US Open and halved portfolio alike, it’s all about what you do after your DJ Moment. For Dustin, he’ll either use this golf tournament as a learning experience or it’ll mark the beginning of a steep decline into irrelevance with a significant haircut in earnings.

If Dustin uses this loss to improve his resilience and strengthen his resolve, then he’ll be much better off for it. Dustin could use this loss to springboard himself to major tournament victories.

The financial case is exactly the same: when the next bear market hits, investors will either panic and damage their financial outlook, or they will use the volatility and depressed prices to their advantage. Reiterating a commitment to a long-term focus, where short-term disruptions are barely meaningful, is a must when the next downturn arrives.

How will you know a DJ Moment is present, besides the symptoms listed above? The number one indicator is likely the desire to act. I can tell you, with a high degree of confidence, that the biggest obstacle between you and your goals is you “doing stuff” – especially in response to market selloffs. Financial returns and frequency of “tinkering” have almost a perfectly negative correlation. This effect is known as the Behavior Gap.

Translation: do less to earn more, especially in the face of feeling stress about losses. We need to accept that downturns are always a day closer but are a normal part of markets (just as losing is a part of golf). If we notice a DJ Moment developing, the best course of action is always to take a step back, remove our finger from the “panic” button and head to the practice green to work on our three foot putts.

Now, a few more pictures from the tournament: 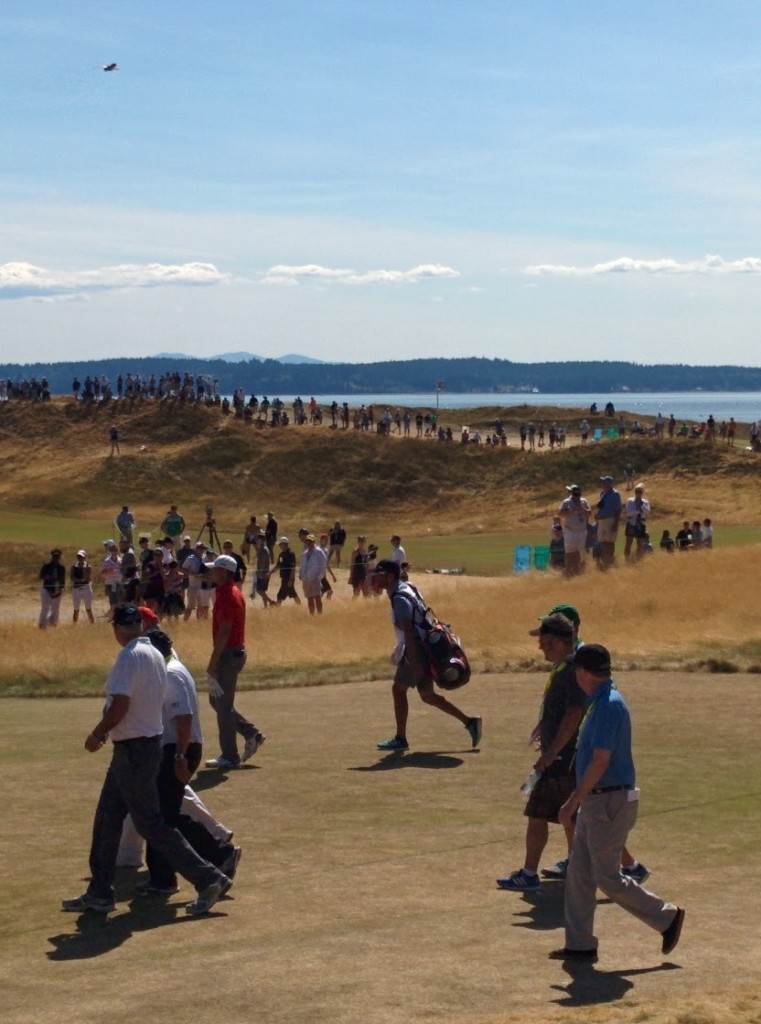 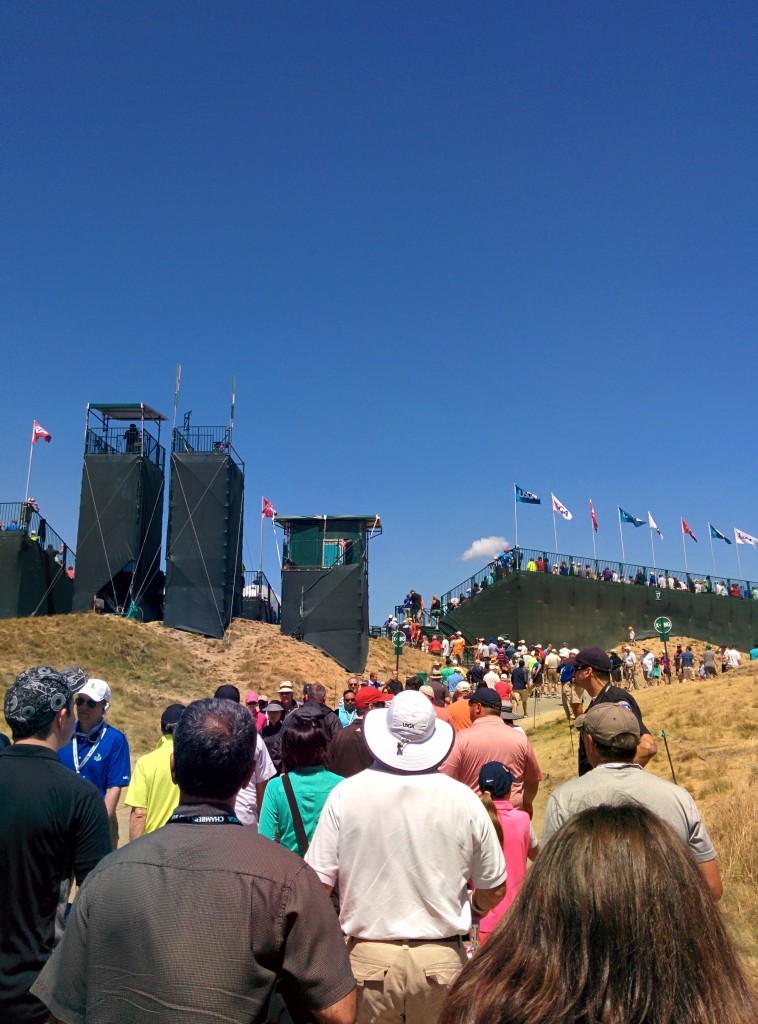 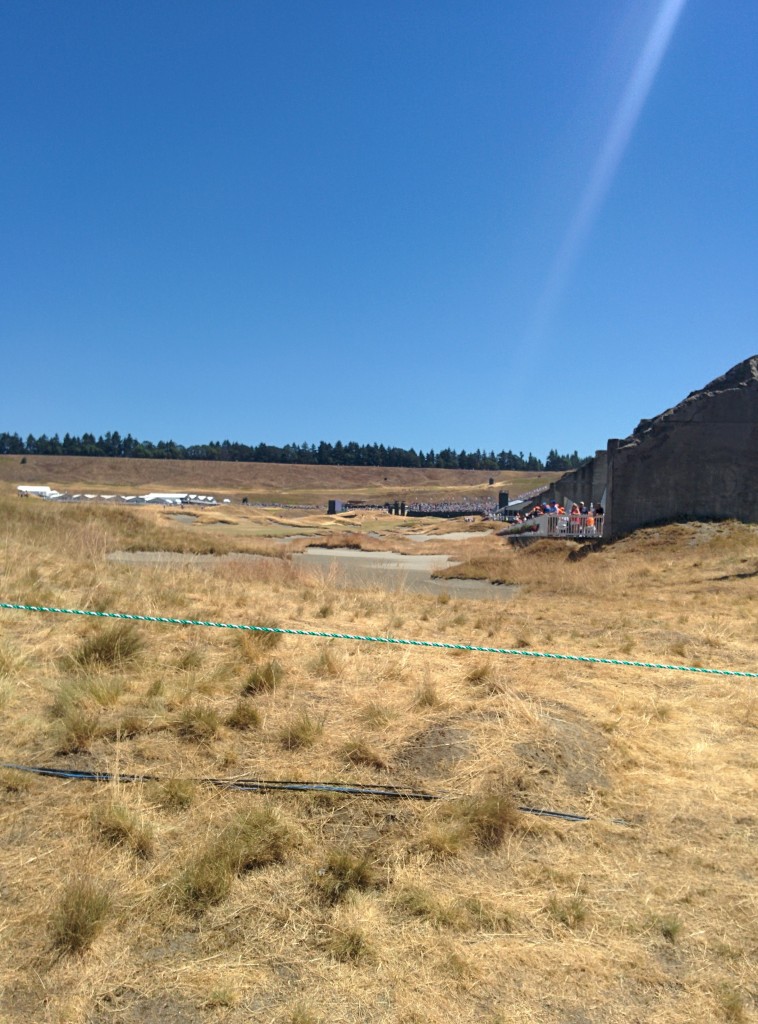 The View up the 18th Hole