This violation isn’t as bad as the last one, so it’s got that going for it (which is nice). 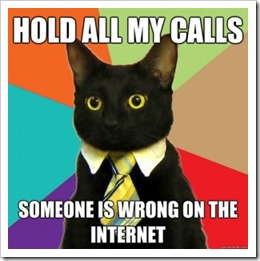 This week’s “Money Makeover” in the Seattle Times is, overall, pretty harmless. I think the planners provided reasonable recommendations and the subject will likely be better off if she abides by the prescription.

But there’s just that one part. It’s like when you see a single small chunk of your car that you missed when you washed it in the driveway. Once you notice it you can’t look away, and you must blog about it.

This week’s subject was Morgan, a unicorn, er, a Millennial with no debt, no credit card, and lives within her means. She wanted to know if she was on the right path.  Here are the following recommendations supplied by the featured planners:

Whether the planners suggested she make this move to jumpstart her emergency fund, or if it was to begin “investing,” it’s pretty lame. The whole point of an emergency fund is to be able to have quick access to cash when you need it in a bind. And a 27 year-old has no business investing in CDs if they’re intended to be seeding a long-term investment account. So either way, this recommendation doesn’t add up.

Here’s the specific passage regarding the CDs:

At Allison and Kirwin’s urging, Denno also moved $5,000 from her bank savings account into two certificates of deposit with higher interest rates. One CD, with a term length of 24 months, has an annual percentage yield, or APY, of 2 percent. The other CD comes with a 60-month term and an APY of 2.5 percent.

Tyler here: An emergency fund should be liquid (easily spent) – and CDs are most certainly not liquid. CDs are notoriously cumbersome when you want to access them, especially if you want to do so before their stated maturity dates. They also carry steep “early withdrawl” penalties. Here is Capital One’s policy, for example:

Early Withdrawal Penalty – If you redeem a Certificate of Deposit (CD) prior to maturity, you will incur an early withdrawal penalty.

Another dopey rule from Capital One, prevalent with most CD providers, showing that it’s all-or-nothing when trying to access the principal value:

Withdrawals – We will not permit partial withdrawals of principal during the term of the account. Withdrawals are only permitted during grace period (10 days from deposit).

Let’s say Morgan has an emergency after five months and needs to spend $4,000 of the $5,000 she put in CDs. Uh-oh: She’s facing the steeper penalty of forfeiting SIX months’ worth of interest since her CD terms are greater than 12 months. Even worse, according to the rules above, Morgan will have to pay more in penalties than interest earned on both CDs and, therefore, she will get less than her principal $5,000 back. And she has to take the whole thing out! Ouch.

This is a staggering unforced error. Morgan can easily open a high-yield, FDIC-insured savings account yielding 1.50% or greater, is complexity-free, has no minimums, and gives her fee-free access to her money at any interval she pleases.

The lesson: Don’t put your short-term reserves in CDs. That’s a really silly thing to do. The extra yield you think you’re getting is probably not worth it.

Deeper lesson: Double-check the advice you read in the newspaper or online (including this site). Small details like Morgan’s CD issue can result in big headaches down the line, defeating the whole purpose of an account like an emergency fund.